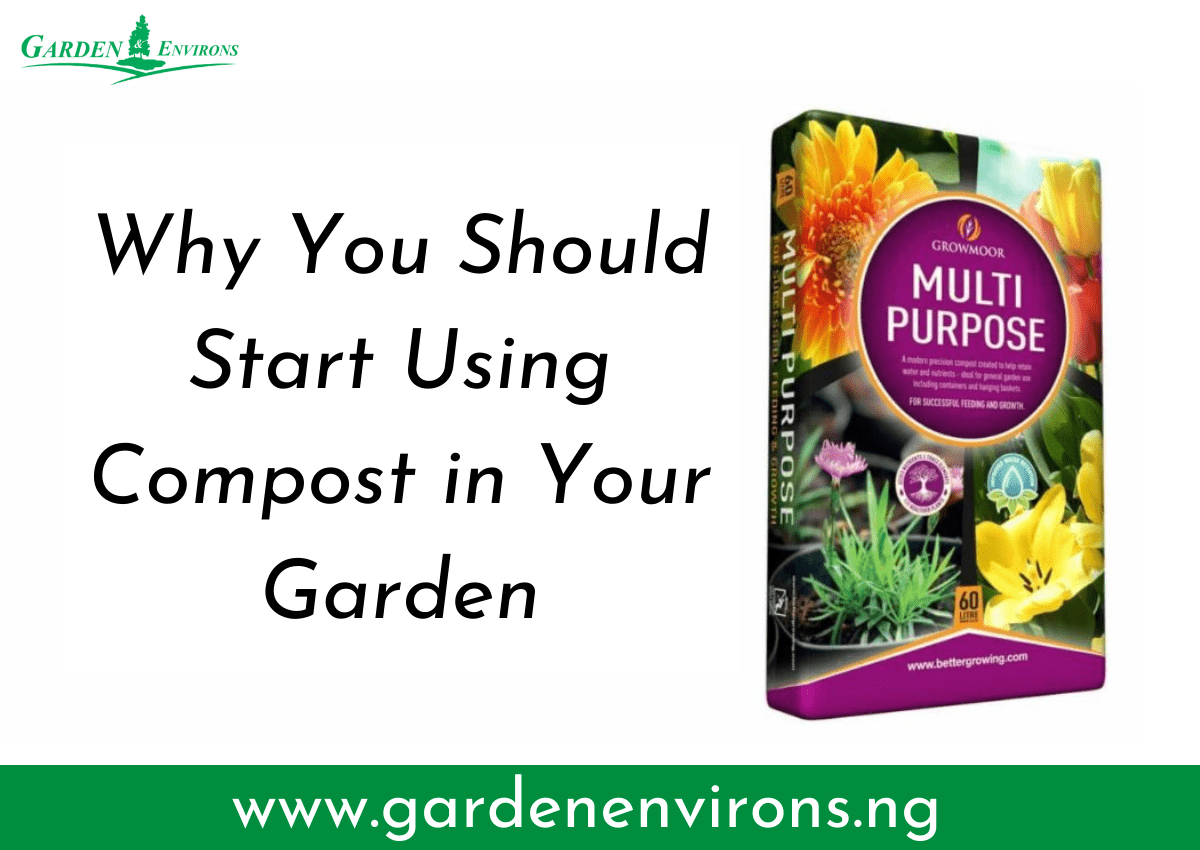 Compost may be made at home or purchased at a nearby nursery by adding grass clippings, leaves, and extra fruits and vegetables to a compost bin. When organic matter is fermenting and decomposing in the bin, it is being prepared for use in the garden, much like a miniature silo.

Most people are aware that compost is useful, but let’s explore the specifics of why that is. You might be shocked to hear that the advantages go well beyond your garden.

Sand and clay’s ability to mix with decomposing organic matter is referred to as the soil’s structure (compost and humus). A crumbly soil with air spaces that facilitate simple cultivation is a sign of good soil structure.

Sand is a porous material that readily absorbs rainwater, making it difficult for plants to grow in sandy soil. Sand and compost can join forces to form a sponge-like structure that will hold more moisture and nutrients. Compost, on the other hand, binds to solid clay soil particles that nutrients and moisture have a hard time penetrating to produce air spaces that allow them to enter the soil.

According to a Denver Water study, adding one pound of compost to 100 pounds of typical soil enhanced the soil’s capacity to retain water by 33 lbs., or 4 gallons. The same 100 pounds of soil may contain 200 pounds or 25 gallons of water if five pounds of compost are added. Compost may make any sort of soil more absorbent.

3. It Aids in Reducing Erosion

Do you have a slope at home that worries you? Compost should be placed around around your deeply rooted plants to absorb water that might otherwise erode the slope over time. This is becoming into a widespread practice on hillsides close to highways and roadways.

In addition to eliminating plant and human pathogens and lowering illness, soil microorganisms also promote a variety of beneficial processes. Root rot is frequently avoided by using compost. Even compost may be customized by scientists to contain specific bacteria that combat crop-specific illnesses in vast agricultural settings.

5. Humus Is Found in Compost

Compost generally contains some humus when it decomposes. When the decomposing process is completely complete, compost produces humus as a byproduct.

Humus has some nutritional value, but it lacks nitrogen, a crucial component for plants. Humus’ capacity to absorb water is its primary advantage. Both of these are necessary for a healthy garden to give a variety of nutrients. Topsoil typically contains humus as a key component.